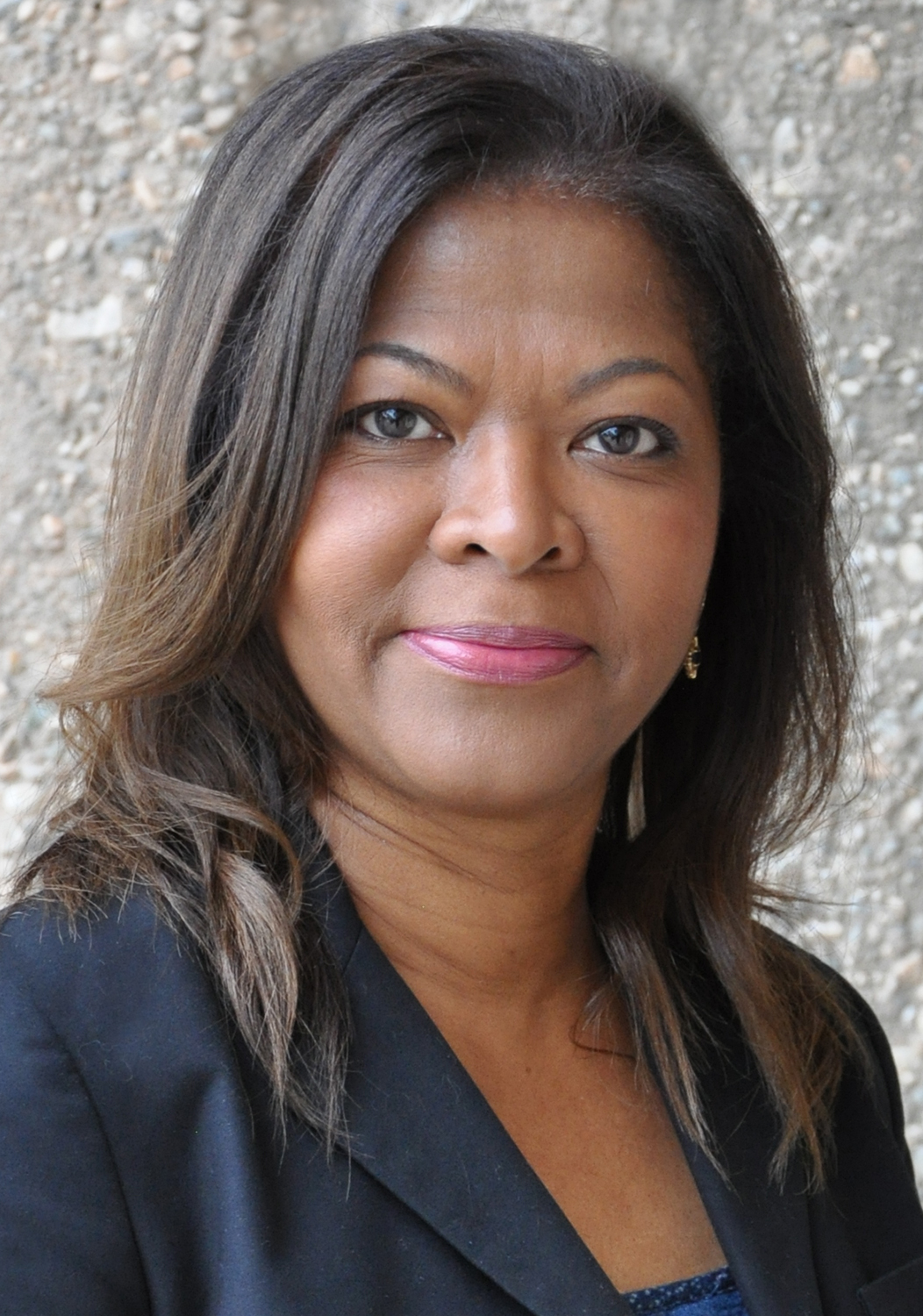 Learn. Lead. Live. With Your Library!

Friends of the Library 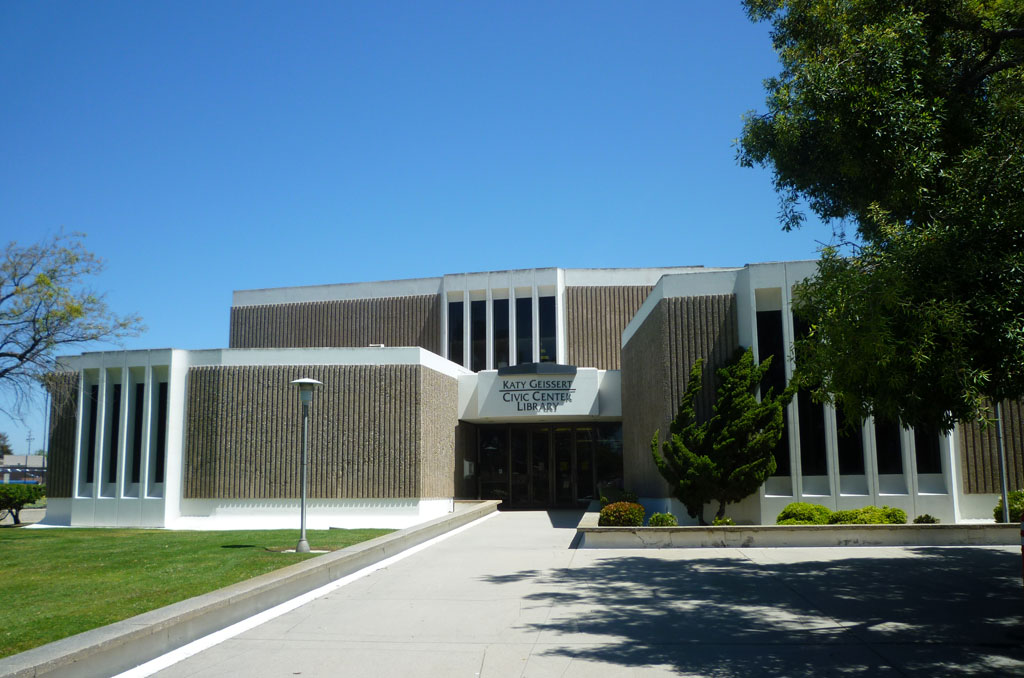 Through her civic involvement and leadership, Katy Geissert made significant contributions to the growth and development of the community. In the late 1960s, she led a grassroots campaign for the passage of a bond issue that established the Torrance Library System, which is comprised of six branches. The bond passed in 1967, and the Torrance Katy Geissert Civic Center Library was dedicated in April 1971.

In her 20 years as an elected official, Katy Geissert had the distinction of being the first woman elected to the Torrance City Council in 1974 and the first woman to become mayor of Torrance in 1986. Katy Geissert's continued dedication and commitment to the enrichment of the individual have greatly enhanced the quality of life in Torrance. 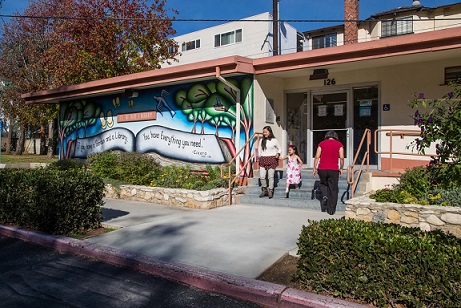 About the El Retiro Library

The El Retiro Branch Library is the only Torrance Library not “officially” in Torrance. The library is located in the city of Torrance; however, the post office defines the address as Redondo Beach. El Retiro, expanded twice since 1960, is the smallest of the branches (just over 4100 square feet) and was the second branch library to open. The library boasts one of only three public art pieces in the Torrance Library, a mural donated by the Riviera Garden Club in 2014. 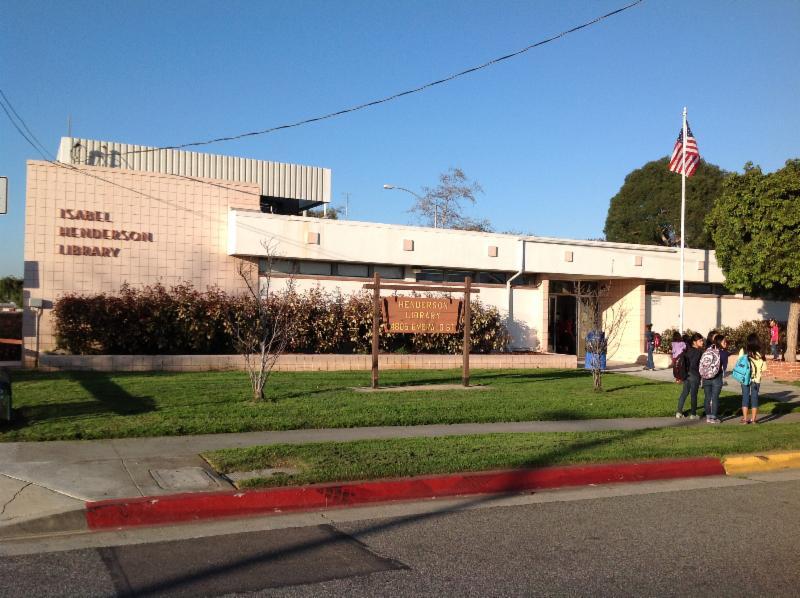 About the Henderson Library

The Henderson Branch Library is the only branch of the Torrance Public Library named after a person. Mrs. Isabel Henderson was a niece of city founder, Jared Sydney Torrance, and the first librarian for the community. In fact, the first Torrance Library was the front parlor of Mrs. Henderson’s home. Mrs. Henderson continued to serve Torrance as librarian for 21 years (1914-1935), being succeeded by her daughter, Mrs. Dorthy Jamieson.  The Henderson Branch Library was the first Torrance Municipal Library to open after the city left the Los Angeles County Library and was built on the same plan as the Walteria Branch Library. 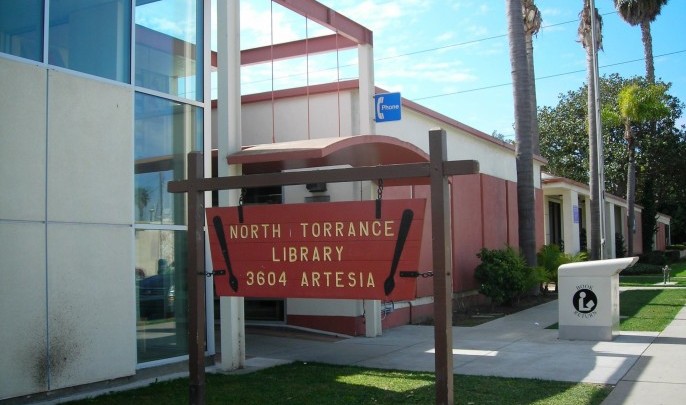 About the North Torrance Library

The North Torrance Branch Library is named after it’s location in the city rather than a person or park. There has been a “North Torrance Library” serving the needs of the community since the early 1950s. Much like the Walteria Library, the first North Torrance Branch library was a temporary building near the present site. The current building is a “amalgamation of modern contemporary” design and boasts the largest of the public art pieces in the Torrance Library system. Originally spanning the front of the library, the mosaic depicts the history of writing from clay tablets to microfilm. 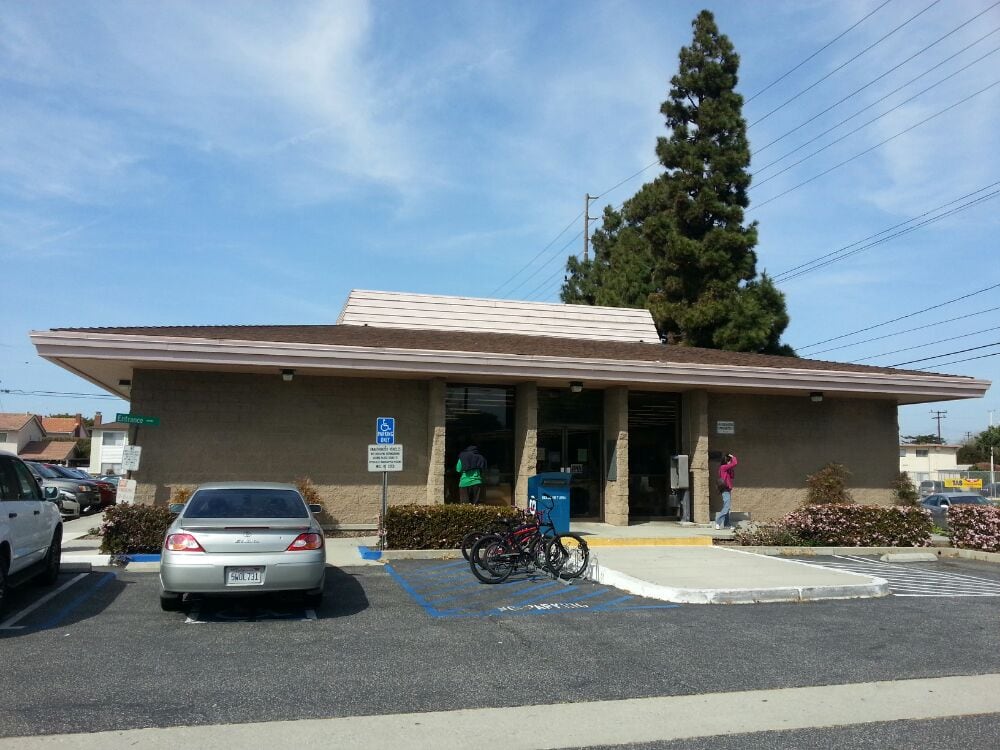 About the Southeast Library 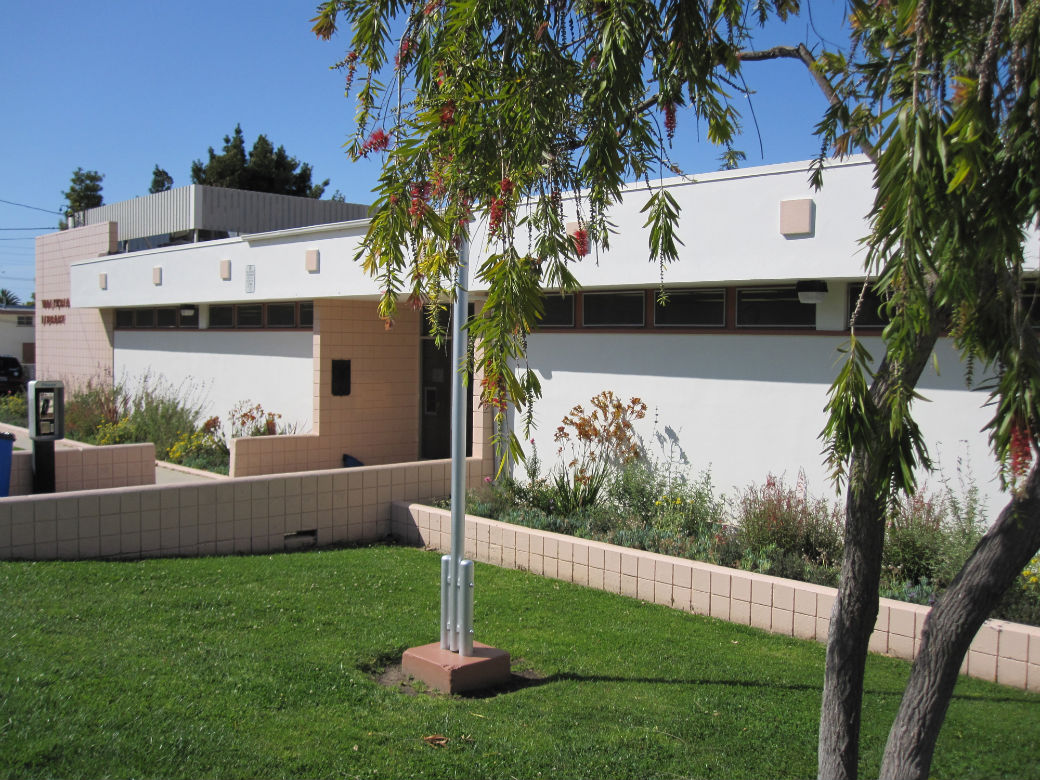 With an original collection of 500 books, the Walteria Branch Library, established in 1937, is the oldest branch of the Torrance Public Library. The Walteria Branch Library was originally located near the corner of Via Valmonte and Hawthorne Blvd. After the library was almost destroyed by a runaway Chevy hurtling down Hawthorne Blvd, the library was moved twice—once to an unused fire station and then to a surplus Quonset hut before finding a home in a surplus Navy dispensary at Walteria Park. In 1962 ground was broken for a larger, purpose built library building, the twin of the Henderson Branch Library.

The Walteria Branch Library is named for its location in the Walteria section of Torrance which was established in the 1880s. Walteria, the oldest section of the city, was named for a developer, Captain Walters.

About the First Permanent Torrance Library

The first Torrance library, that was not in Mrs. Henderson’s home, a school building or the offices of the Dominguez Land Company, was situated near the corner of El Prado and Sartori in Old Torrance. This “white cottage style structure” served as the Torrance Public Library from the early 1920s to 1936.

A “new” purpose built public library for Torrance was constructed, with Works Progress Administration (WPA) assistance in 1936. The Post library was meant to serve the needs of Torrance and the surrounding Los Angeles County area.  Innovations such as a dedicated children’s area, a basement and separate office and processing space defined this modern library. Designed to hold 17,500 books (there were 6,000 books in the collection when the building opened) the library would be “bursting at the seams” by the 1950s. The Post Library is now home to the Torrance Historical Society.

About the
View Full Site